Two fantastic days in the city of Porto

Our 2 Days Tour in Porto, it´s perfect for you who will be just two days in the city without knowing exactly what to see or to do, two days of entertainment getting to know one of the most beautiful cities in Europe.

One of the places not to be missed in your 2 days tour in Porto, it will be one of the Port Wine Cellars, we will now unravel a little of what you will find …

About a hundred companies age in wooden casks in their cellars, the wine they produce in the Douro Demarcated Region about 100 kilometers up the Douro River, developing what will be one of Portugal’s great ambassadors, Port wine.

The vineyards are cultivated and harvested on the slopes of the Douro Region, a unique location in the world, a valley with unique landscapes, with colors ranging from greens, reds and golden browns, a tour in this region is a unique knowledge witnessing splendid views, with an immensity of vineyards, the valley mirrored a calm river.

Port wine is considered an excellent aperitif, which goes well with cheeses, desserts and nuts, however for those who prefer it as a digestive, to finish off a meal in the best way.

Undoubtedly, a visit to a cave and tasting is a must in our 2 days tour in Porto.

Our 2 days tour in Porto begins with your arrival, we will welcome you to the airport and on the way we will give you some tips about the city as well as restaurants or other interesting places next to the Hotel.
1ºDay – Porto city 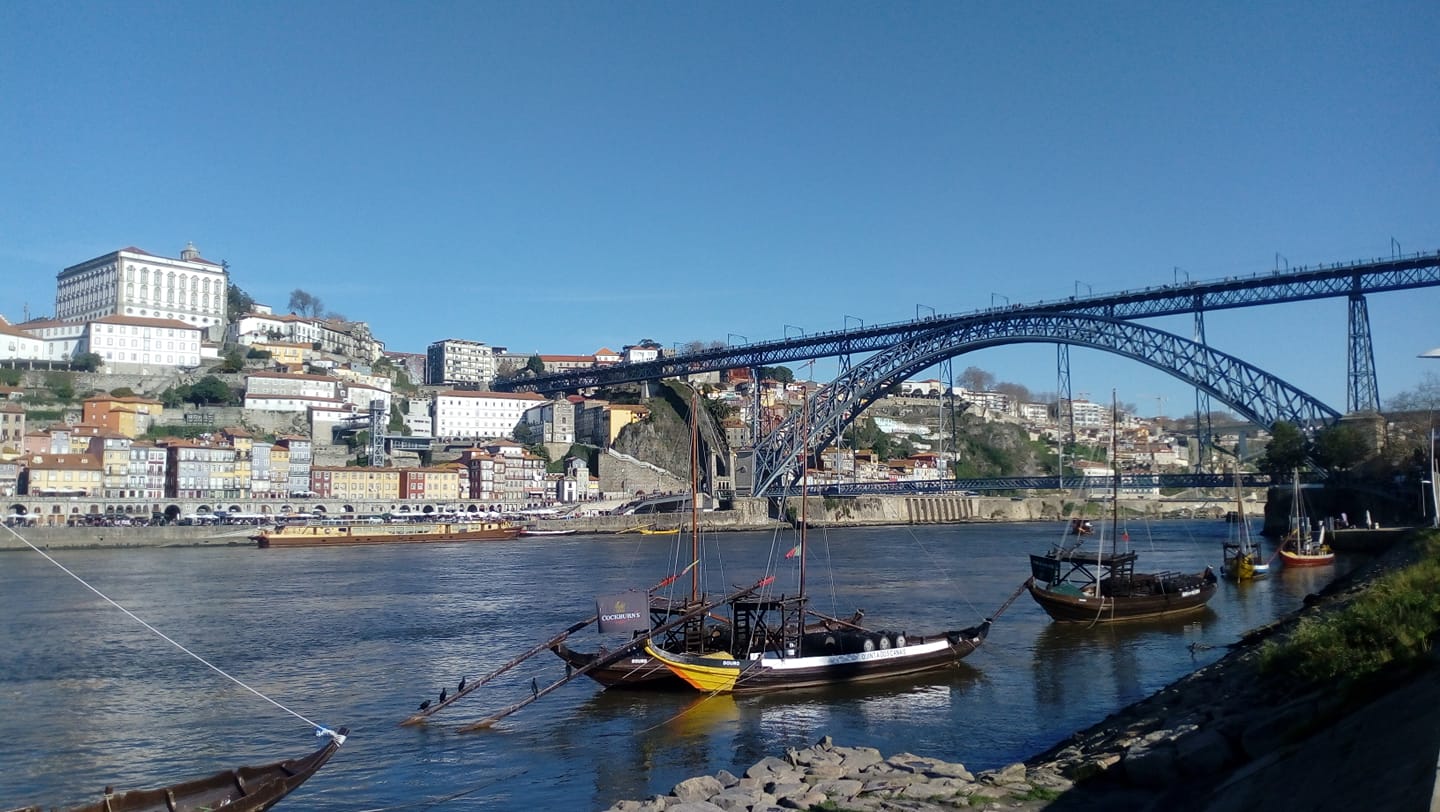 We started with a visit to the center of Porto, better known as Baixa with the renowned Avenida dos Aliados being the focal point of the city, here everything happens, parties, celebrations etc, at one end the Oporto City Hall and at the other the Praça da Liberdade, where a statue of a Pedro IV, emperor of Brazil and king of Portugal a great defender of the liberalism movement.

The Jardim da Cordoaria, the Bairro da Vitoria (last Jewish quarter), the Clerigos Tower that looks at us from the top of its 76 meters being one of the best views over the city and the river, its 49 bells that form a large carillon that it can scare them when they start playing, but it will be worth visiting.

Undoubtedly, one of the highlights will be the visit to Lello Bookstore, here J.K. Rowling was inspired to write Harry Potter in the period where she lived in Oporto. Its majestic staircase is undoubtedly one of the greatest attractions, many come for books, but even more so to know the universe that inspired the creator of the history of the best known magician in the world, right next to the Church of Carmo and Carmelites and the Galleries of Paris where the night happens.

The visit to Sao Bento train station, where Jorge Colaço’s 20,000 tiles will take us on a journey through the History of Portugal and the traditions of the North of the country, a true open book that awaits us to show us the true experiences of the city.

In the Oporto Cathedral we will find traces of different periods, from Romanesque architecture,  this church-fortress with its two towers to the fantastic rose window on the main facade. From there we go down Rua dos Mercadores to the river side, but before we visited the San Francisco Church, also of Romanesque architecture but later transformed into Gothic later Baroque, three naves full of gilded carvings, in which it is estimated that more than 300 kilos were used of gold, the Jesse tree is another of the great attractions, a polychrome wooden sculpture considered one of the best in the world.

At the Bolsa Palace, built in the 19th century in a neoclassical style and classified as a UNESCO World Heritage Site, the “Pátio das Nações” or the Arab Hall is the main attraction, with decorative stucco with inlaid floors and inlaid coats and heraldic representations with sculptures and oil screens

After visiting these and other places on our tour, we will go to Gaia, crossing the mythical D. Luiz I Bridge, where a boat trip with an approximate duration of 50 minutes may be a good option, in Gaia the visit to a Wine Cellar where Port wine “ages” so it can be taken and tasted all over the world.

At the Serra do Pilar Monastery we will find the best view of Porto, which with its unusual shape, circular plan, is a replica of the church of Santa Maria Redonda, in Rome. 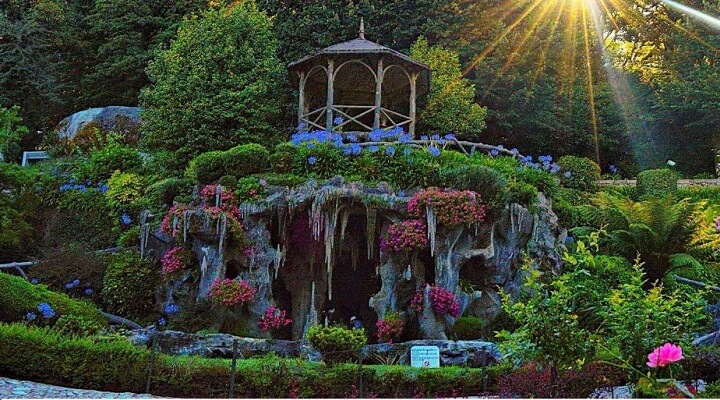 Guimaraes the birthplace of Portugal, a World Heritage Site since 2001, and located on the sacred hill where a statue of Dom Afonso Henriques remains vigilant, we will explore the foundation castle, Saint Miguel church and Paço dos Duques de Braganca in its streets that seem to have come out of a medieval fable and where beautiful squares such as Sao Tiago, Toural and Oliveira pontificate. We will also not be able to waste the opportunity to taste a pastry from Santa Clara.

Then we will visit Braga, the city of archbishops, where we will find traces of various civilizations on the walls and facades of their buildings. At the 12th Century Cathedral, the cross used in the first mass celebrated in Brazil is kept, admire its magnificent pipe organs, visit the high choir and the death chapels of some Bracarese archbishops where we will find the tombs of the parents of the first king of Portugal (D. Afonso Henriques).

Other attractions of the city such as the Paço Episcopal with its gardens called Santa Barbara, the Largo and the Church of the Cross and finally the Praça da Republica where the pulse of this vibrant city, more than a religious or tourist spot, is felt, are part of of the life of Braga.

Another of the great attractions of Braga will be the Sanctuary of Bom Jesus , surrounded by an exuberant forest due to the high humidity of the place, built in the 18th and 19th centuries, with different architectural styles between Baroque, Rococo and Neoclassical.

Several chapels of the Via Sacra and the Church delight those who visit, a monumental staircase punctuated by statues and symbolic fountains, a model that had wide repercussions in Portugal and Brazil, since it served as inspiration for other constructions worldwide, such as the Bom Jesus de Congonhas in Brazil, the Sanctuary of Nossa Senhora dos Remédios in Lamego, among others.

Another and not the least attraction at the Bom Jesus Sanctuary in Braga will be the water-powered elevator, using water counterweights, a cabin deposit located at the top of the route is certified water, through the weight difference, to make the another cabin up the slope, the water being emptied when it reaches the foot.

Quite simple and very effective, the amount of water to be placed is decided according to the passengers, at the moment of departure, the driver of the lower cabin informs the superior by a sound signal the number of passengers in that cabin and the latter fills the tank with a quantity of water according to this information.

Of course, your 2 days tour in Porto will only be complete with the transfer back to the airport that is included in this itinerary.