Porto with a local guide

Our Oporto Tour, is perfect for those who wanna visit Oporto as a local, as well as understand the importance of Port wine in this beautiful city.

The city of Oporto or Capital of the North or the City Invicta, the city that gave Portugal its name, known worldwide for its Wine and its historic center cataloged by Unesco, a UNESCO World Heritage Site.

Located in an area with a Mediterranean climate, with a strong influence of the Atlantic climate, and therefore it is cooler and rainier than the other Mediterranean areas. As for gastronomy, its typical dish par excellence of the city are the Tripas à moda do Porto.

A historic dish that dates back to the height of Portuguese discoveries period, and which can be found in many of the city’s restaurants. Bacalhau à Gomes de Sá is another typical dish born in Porto and popular in Portugal.

One of the oldest institutes in the world, the Douro and Port Wine Institute, founded in the early 20th century, created to coordinate the activities of Casa do Douro and the Port Wine exporters corporation, an official body above diverse interests of wine producers and exporters, an important government body reporting to the Ministry of Agriculture.

Our Oporto Tour is perfect for those who have little time and do not want to miss visiting the city…. 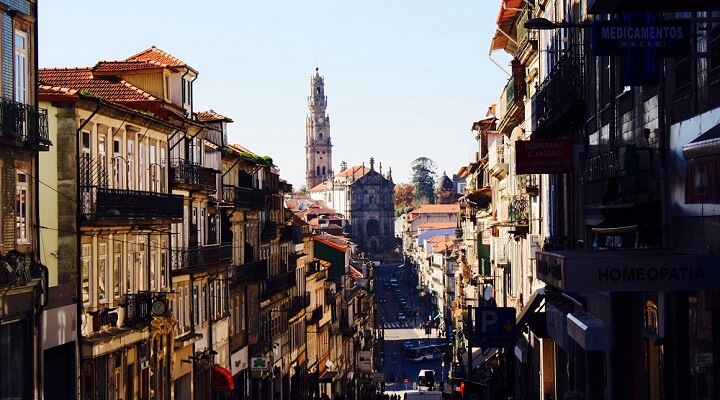 Our tour starts right outside your hotel, the visit to Avenida dos Aliados with countless buildings as well as the Oporto City Hall will make us as important as the British in this city having with the city hall as the most emblematic building, as well as the statue of Dom Pedro I of Brazil ( Pedro IV in Portugal).

Soon after, our tour will take us to visit one of the most famous and beautiful bookstores in the world, the Lello Bookstore, which led to one of the famous Harry Potter films being filmed in this extremely charming bookstore with its wood luxurious interior.

The Tower and Church of the Clergymen, this beautiful Baroque monument has one of the best Oporto views.

Considered one of the beautiful stations in the world, the Sao Bento train station, covered with twenty thousand historical tiles, by the Portuguese painter Jorge Colaço, illustrates the evolution of transport as well as scenes from the history of this beautiful city and the lives of the Portuguese and their professions, an authentic open book, telling the experiences of a People and their agricultural traditions. 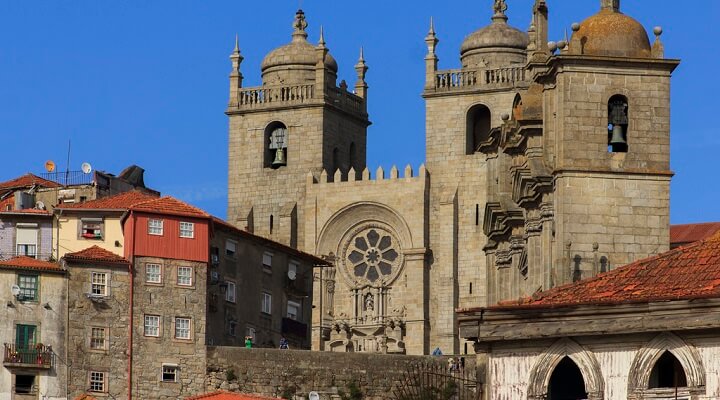 The Oporto Cathedral built in the 12th / 13th century, in Romanesque style, continued to be the subject of expansions and renovations over time, with the appearance of a fortress church with a facade flanked by two towers and the beautiful rose window on the facade main. 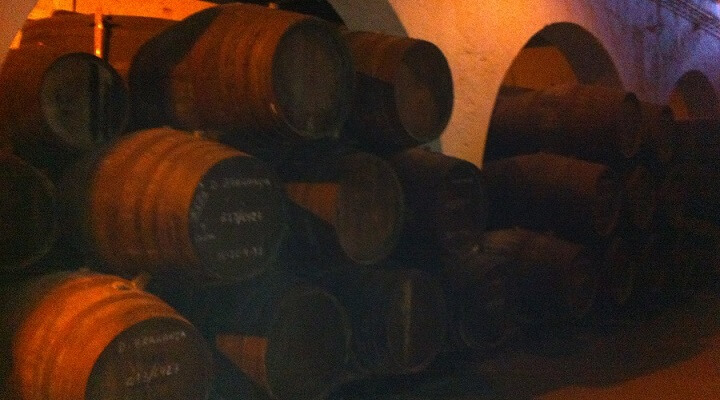 After visiting Ribeira neighborhood, it’s time to cross the beautiful Ponte de D. Luis, to Gaia where we will visit one of the cellars where the famous Port Wine “rests” before reaching the markets where, in addition to understanding different wines that exist, we will also taste this nectar of the Gods. 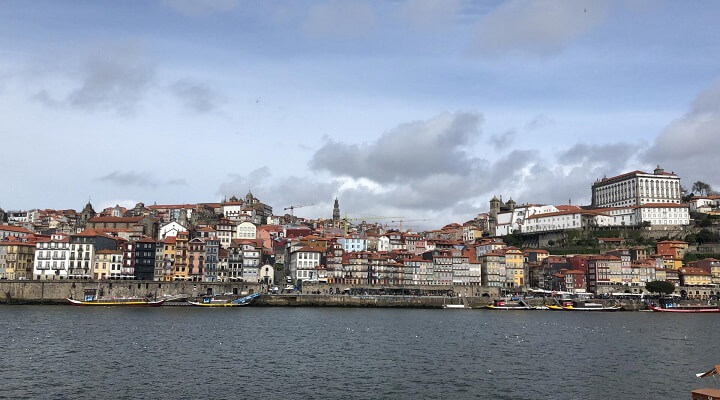 Depending on your desire and time, we will also have the chance to take a cruise on the Douro River, up to the river mouth passing under the six bridges that cross the Douro River.

Ending with another fantastic view through the Serra do Pilar Monastery.

Finishing wherever you wish