Viana do Castelo Ponte de Lima and Barcelos Tour visit Minho, this beautiful area of fields and vineyards painted with an intense green, lush river valleys, sparkling beaches and a heritage older than the country itself. The perfect choice for adventurous spirits that wish to celebrate life day… and night!

Minho region  used by demographers to refer to the northwestern part of Portugal, among them Viana do Castelo inhabited since prehistory, by nomadic groups of hunters, then inhabited by the Romans until the IV Century.

Our days Viana do Castelo remains closely linked to the sea, the economy is still sustained in shipyards, but above all in sectors dependent on tourism, commerce and services, the artisan industry also highlights.

Considered a living Museum Ponte de Lima with traces of various civilizations that settled here from the bridge, of Roman design, with fifteen large arches and twelve small ones, as well as many other monuments.

And of course the famous Barcelos rooster legend during the Middle Ages, a crime happened there and no one was able to unravel it.

As a place of passage to Santiago de Compostela, a Galician knight who was passing by to fulfill a promise was accused by the residents as a suspect in this crime and ended up sentenced to death by hanging.

Pleading innocence in these crimes and in the face of the judge’s laughter the young man pointed to a roast chicken on the banquet table ready to be eaten and said: “It is so right that I am innocent, how certain it is that rooster crows when they hang me.” Nobody took him seriously, but at the time of the hanging, the cock ended up getting up and crowing.

The judge, not knowing what to do, went to the gallows to try to avoid injustice and arrived in time to see the boy survive, the boy was released and years later he returned to Barcelos and built the famous Cruzeiro do Senhor do Galo, in praise to the Virgin Mary and to Saint James. 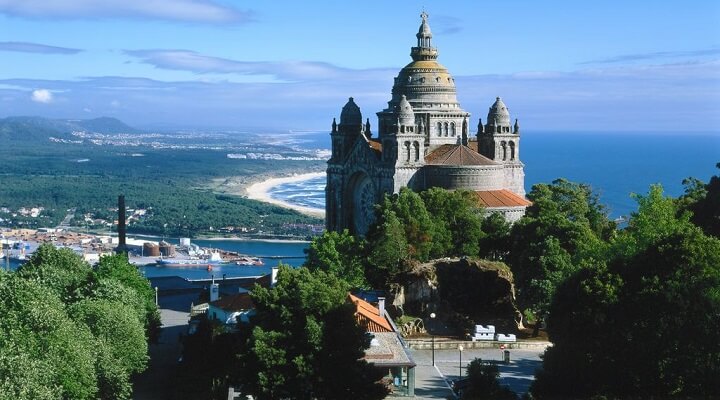 It all starts in Monte de Santa Luzia, where nowadays there is a church on the high hill.

The visit and the ascent to the top of the dome, to see the best view of Viana do Castelo it’s a must. Right next to it, the Pousada de Santa Luzia, once the grounds of the old village, whose economy benefited from the pilgrimages to Santiago de Compostela.

Viana do Castelo is connected to the sea, which plays an important role in the economy of the city, both with the shipyards and fishing industry. Other important areas are tourism, trade and services. Famous for the craftwork, like lace and the filigree works. 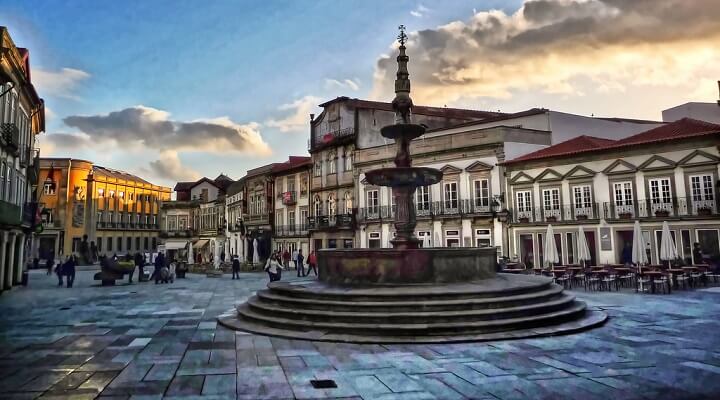 Viana do Castelo is connected to the sea, which plays an important role in the economy of the city, both with the shipyards and fishing industry. Other important areas are tourism, trade and services. Famous for the craftworks, like lace and the filigree works.

The Medieval Matrix, the Old Town Hall, the 16th century Casa da Misericordia and the Chafariz of the same century, among others, demonstrate the importance of its past, its streets and alleys of the historical center, one of the most beautiful and preserved in the country.

Both by the beautiful armored façades and by its panels of precious tiles in the trace and the color, constituting an authentic compendium of the history of architecture in Portugal. 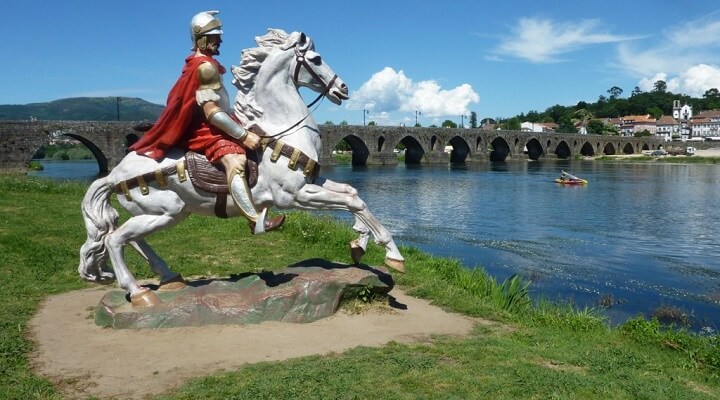 Ponte de Lima, an old medieval village with an economy based mainly on trading since 1125. The River, the main point of reference, was a very active means of transportation until the 20th century.

With its medieval bridge, built over an older Roman bridge, which allowed the connection of the village by land, with other main cities in the region, often served as compulsory passage of pilgrims heading to Santiago de Compostela. 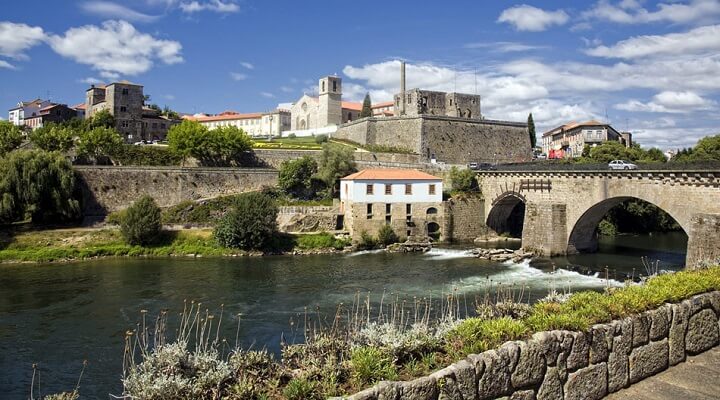 Here you find the origin of the legend of the Galo (rooster) de Barcelos. Since ever the city was residence of men of State and high regional authorities.Its Church, build in Romanesque architecture presents some Gothic influence brought to Portugal in the 14th century.

Barcelos means “flat land on the riverside”, this expression is found in the oldest documents naming the city.