Discover Sintra in a unique way

Sintra Deluxe Tour with guide and tickets, we created this tour exclusively for you, who wants a headache free Sintra tour, in addition to the excellent service we offer in this special option, in addition to a driver who in other cases serves as a guide, with the limitations that parking may have, this option we have now created will have a driver and a guide as well as tickets to Pena Palace and Queluz Palace.

The Pena Palace is undoubtedly the most complete and remarkable example of Portuguese architecture of the Romantic period, different architectural styles among them Moorish, Gothic and Manueline located at the top of the fully integrated Serra de Sintra.

There was the chapel of Nossa Senhora da Pena there before, site of pilgrimages since the Middle Ages, later in the reign of D. Manuel I, the king who was known by the Portuguese sea epics has a convent built there for the Order of S. Jerónimo, of which he was a devotee, as he built in Lisbon, more precisely in Belém, the 1755 earthquake that destroyed Lisbon and its surroundings, ends up destroying the convent that ends up abandoned with the extinction of religious orders.

D. Fernando de Saxe Coburg-Gotha King Consort who marries the Portuguese Queen D. Maria II, buys the entire area and builds the Pena Palace, with the rehabilitation of the old convent (red buildings) in 1840 and later in 1850. , added a new building, which he named “New Palace” (yellow buildings), having been responsible for its architecture the German Baron Von Eschwege. 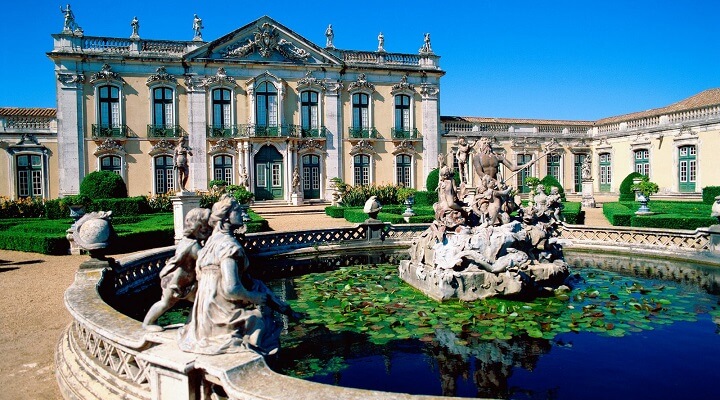 In our Sintra Deluxe Tour with guide and tickets, we left Lisbon with the first visit to the Queluz Palace, here was the Portuguese Royal Family at the time of the French invasion, which forced the Royal Family to move the capital to Brazil. In this palace was born and died Dom Pedro IV, Dom Pedro I of Brazil.

A Rococo-style palace that stands out in its fantastic unequal gardens, with a sequence of Tuscan terraces and columned galleries, topped by a monumental staircase, a very strong statuary decoration clearly inspired by classical and allegorical mythology, connoted the geometric beauty. the boxwood hedges and the polychromatic tiles with the stone and bronze of many of its statues. 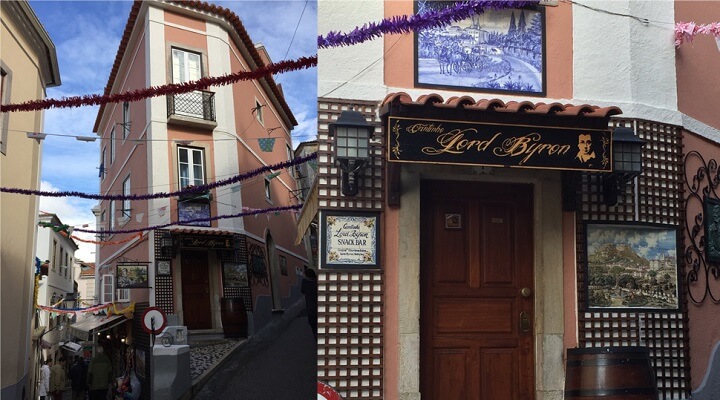 We will now enjoy the center of Sintra, with its alleys and alleys, with a difficult parking, however this will not be a problem since we will have a driver and a guide who will accompany you and show you the best shops and take you to the famous Piriquita known for its pillows and cheeses from Sintra.

Always fantastic Sintra is a place with a wide concentration of historical monuments and interesting tourist attractions, here we will find more than 10 national monuments, including opulent palaces, ancient ruins and decorative palatial houses scattered across the different hills of the region and this in quite challenging walking paths. 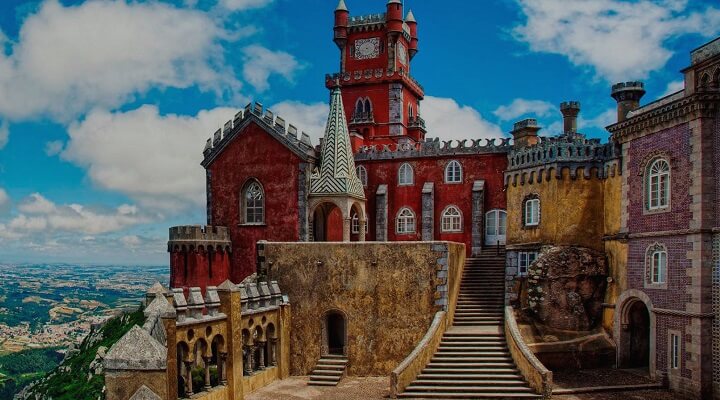 Now its time to drive up the mountain some 500 meters and visit one of the most famous palaces in the region, the Pena Palace, inspired by the Bavarian palaces, the Palace is undoubtedly the best example of Portuguese Romantic architecture, has begun to be built in 1839.

Built at the behest of King Fernando II of Saxe Coburg-Gotha, king consort King Fernando II for his marriage to Dona Maria II who eventually acquired the ruins of the Jerónimo Monastery of Our Lady of Pena and turns it into a palace that falls in love with thousands. every year.

Palaces can be changed by others in Sintra, just by warning during the booking. 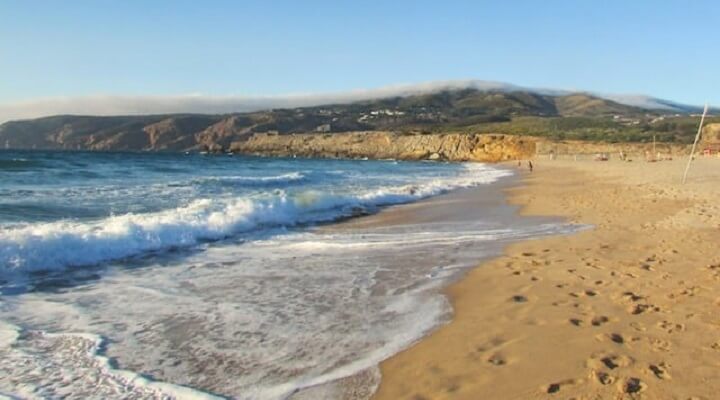 The guide will suggest a restaurant according to your interests, whether in Sintra with more typical restaurants, or even in the Guincho region where you will find the famous restaurants of Cascais, famous for its fish and seafood. 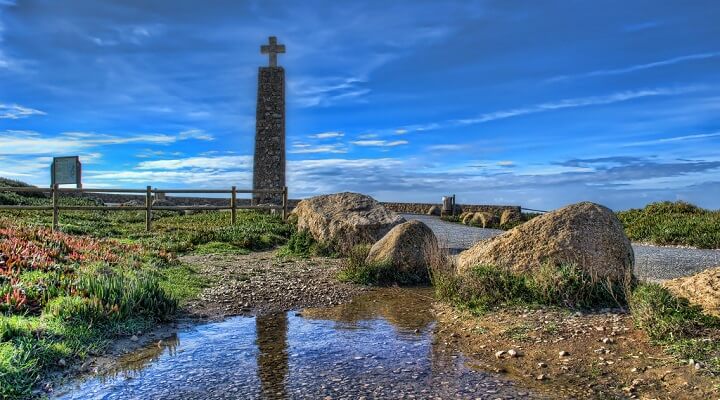 Between Sintra and Cascais, we have Cabo da Roca, the westernmost point of the European continent, as the illustrious Portuguese poet Luis de Camões wrote “where the earth ends and the sea begins” (Canto VIII).

Its imposing Lighthouse, perched on its 165 meters built in 1772, teaches us the importance of this place in overseas studies in the past, revealing one of the most emblematic places in Portugal. 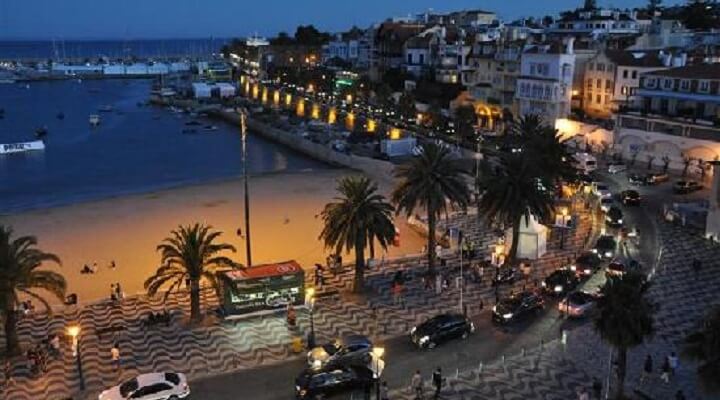 In Cascais our driver leaves us by the Bay and our guide will give us an introduction to this region, today a fantastic place to live or even a small vacation full of small fishing boats.

Cascais was for centuries, the chosen place for  the Portuguese royal family for holidays that eventually dragged all the nobility, in the center, more precisely Largo de Camoes, will find many craft shops. 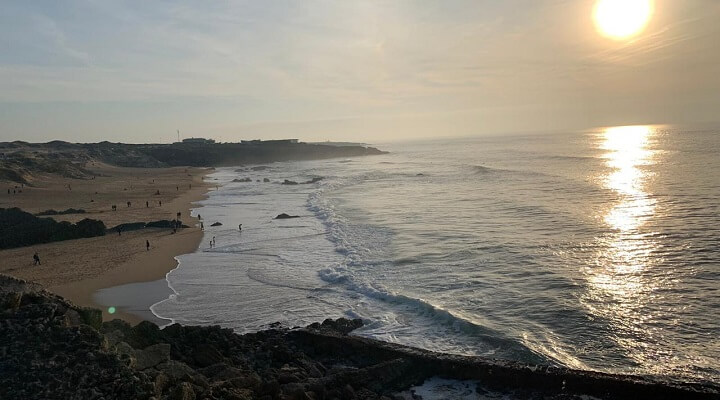 We will still have time for a brief stint in Estoril, already on the way to Lisbon, the Estoril known as the stage of European espionage during World War II, lived there Yan Fleming the writer who gave life to the books and later 007 films (James Bond) we also have the Estoril Casino (considered the largest in Europe).