Santiago de Compostela Tour, let yourself be taken in the ways of Santiago and discover one of the greatest centers of pilgrimage in the Iberian Peninsula, starting and ending in Oporto, completely tailor made.

According to Catholic tradition, it was the Apostle James Major who spread Christianity in the Iberian peninsula and was beheaded in Jerusalem by order of Herod Agrippa I (grandson of Herod the Great) and his remains were later transferred to Galicia in a boat of stone. Due to the persecutions of the Romans to the Christians of Hispania, his tomb was abandoned in the third century.

This tomb was discovered in the second decade of the 9th century by the hermit Pelagius (or Paio) after sighting strange lights in the sky at night.

Having communicated the discovery to the bishop of Iria Flavia, Teodomiro, he acknowledged the feat as a miracle and reported on the discovery of King Alfonso II of Asturias and Galicia.

The king ordered the construction of a chapel at the burial place, dedicated to the worship of the apostle. Legend has it that the king was the first pilgrim of the sanctuary. The chapel was replaced by a first church in 829, which gave way in 899 to another, in pre-Romanesque style.

The latter was built from 872 by order of Afonso III and was consecrated by seventeen bishops.

The place became a pilgrimage destination whose popularity and importance was gradually increasing, came visit it in our Santiago de Compostela Tour, ask our assistants right now. 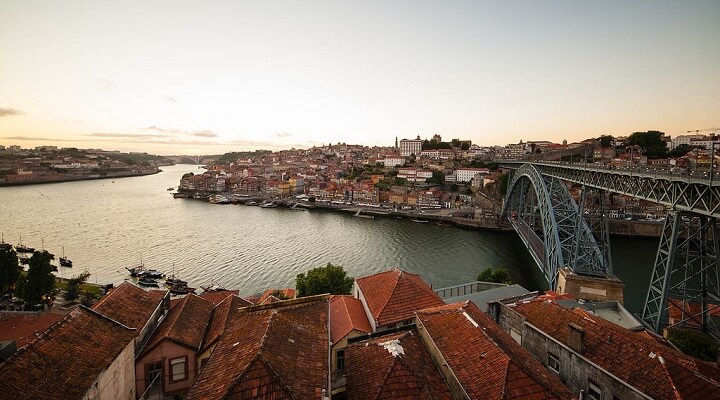 Our tour will begin early as this tour will be perhaps the longest we have started in Oporto, we suggest starting at 8:30 AM.

It will be given a brief description of what the day will be and the possibility to chose another place to visit in between Viana do Castelo or Valenca do Minho since our tour is private and completely tailor made.

Viana do Castelo or Valença – We Help 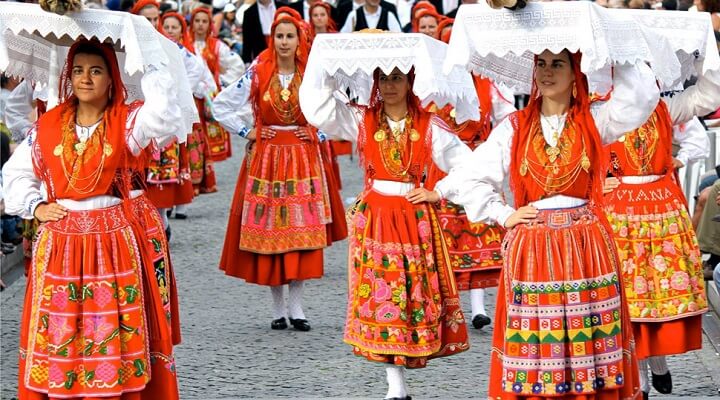 Viana do Castelo a flat town where the only exception is the Santa Luzia Church.

Viana with its geometrically planned streets, between the Atlantic and the Lima river, its historical center with narrow alleys, wide and squares, extremely well preserved a mixture of a long history that goes from the Middle Ages to the Republic, passing through the Expansion, not forgetting the importance of the Cod fishing for this city.

Valenca do Minho located in the Spanish border, separated only by the Minho river, through Valença passed Celts, Romans, Suevos and Arabs, a history dating back to the Iron Age, visit to its 17th century fort is a must.

According to Catholic tradition, it was the Apostle James Major who spread Christianity in the Iberian peninsula and was beheaded in Jerusalem by order of Herod Agrippa I (grandson of Herod the Great) and his remains were later transferred to Galicia in a boat.

Due to the Romans persecutions to the Christians of Hispania, his tomb was abandoned in the third century. 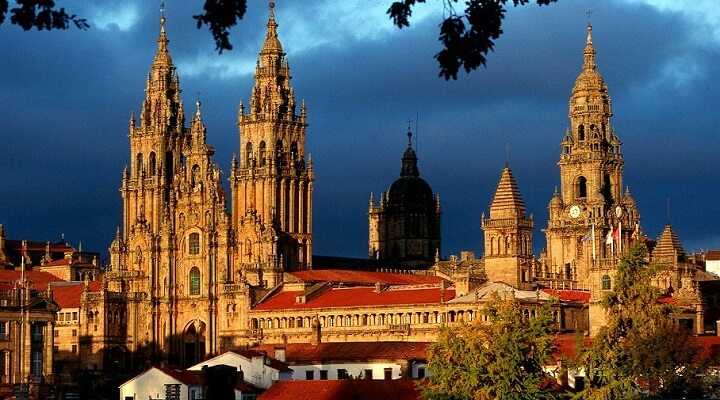 Santiago offers you serenity, history with its university and students attired, medieval streets full of music, art and pilgrims from all over the world who share their experiences.

The Santiago Cathedral with a very eclectic architecture, although the two largest towers are Baroque, rich and ostentatious details of the facade, which contrasts with the sober design of the building, marked by arches, massive walls and just a few windows.

Not to be missed is the smokestack created to solve the problem of the smell of pilgrims who didn’t  washed them selves for years during the pilgrimage, this is the largest piece of the world of this type and is 1.60 m tall and weighs 80 kg hung by a rope with 30 meters of length being need eight men to shake it.

The Parador de Santiago, known as Hostal dos Reis Catolicos, is perhaps the oldest hotel in the world, mixing art, tradition and history, one of the great ex-libris of Santiago, located at the Obradoiro square, next to the Cathedral, making this square a place to rest of many pilgrims. 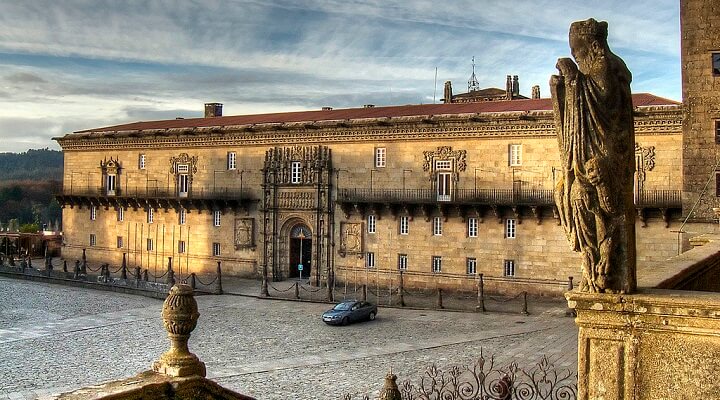 In Santiago there are many Museums: the Cathedral Museum, with the history of Santiago and the Catedral construction, the Pobo Galego Museu, with an exhibition of Galician archeology, architecture and culture throughout the ages, Museum of Pilgrimages and Santiago; the Galician Center for Contemporary Art (CGAC) who was designed by the Portuguese architect Alvaro Siza; and the Holy Land Museum, in the convent of St. Francis, presents the history of the Holy Land and the State of Israel.