Come and meet us or enjoy a fantastic Dinner with Fado Show in the most charismatic Lisbon neighborhood, Alfama neighborhood in a unique way, in one of the best and most prestigious houses of Fado in Lisbon and know this strange way of life “called” Fado.

About the origin of the Fado, much could be said or written, a typical Portuguese musical style, it is thought that the fado originates in the lundum, music of the Brazilian slaves that would have come to us through the sailors another hypothesis could have been through the troubadours Medieval songs, the “cantigas de amigo” reveal similarities with some recurring themes of the Lisbon.

Generally in fado music, the singer will sing about the hard realities of the daily life, balancing both resignation and hopefulness that a resolution to its torments can still occur. It can be described by using the Portuguese word “saudade”, which means “longing” and stands for a feeling of loss. This loss is generally a permanent loss and of long-term consequences. Fado music often has one or two 12 string guitars.

Then we have the Fado from Coimbra (sing exclusively by men), since it will be associated with the themes of love – realized in the celebrated  love serenades, the ending of a life cycle concretized in the farewell of the University of Coimbra.

Departure from your Hotel 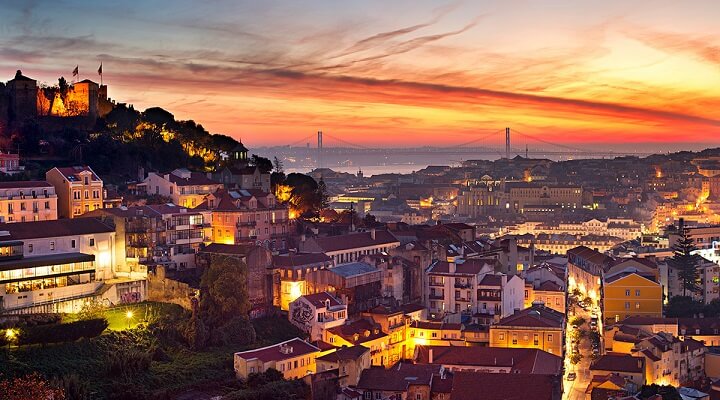 Our Tour starts with pick-up at your hotel, followed by a panoramic visit of the city covering the highlights. We will stop and see the best views of Lisbon, full of lights, this takes place in one of the most charismatic neighborhoods in Lisbon, Alfama the old moorish Quarter, the oldest quarter in Lisbon, during this you will be introduced to the history of Fado 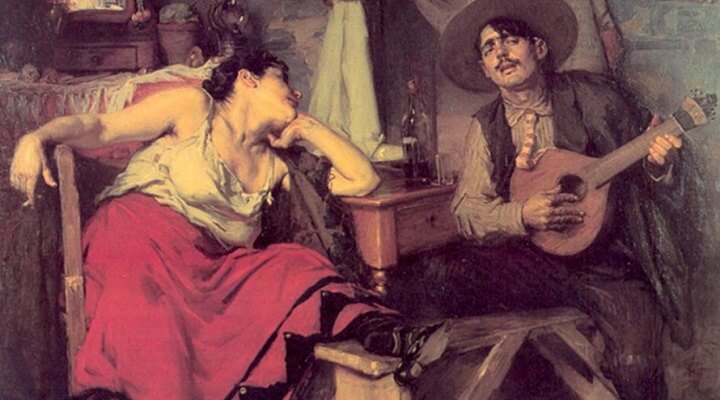 Fado is definitely a symbol of Portugal, being represented for many years in foreign countries by a famous singer “Amália Rodrigues”, and our days by Dulce Pontes, Mariza and Katia Guerreiro, among others.

Fado is, by self-earned right, the very expression of the Portuguese soul, since the moment of its birth ( Portugal ), emerged in a crossroad of cultures, it makes difficult to point out a precise origin of Fado, but all scholars agree that its origins go back many, many centuries, maybe even to times before the existence of Portugal as an independent country. 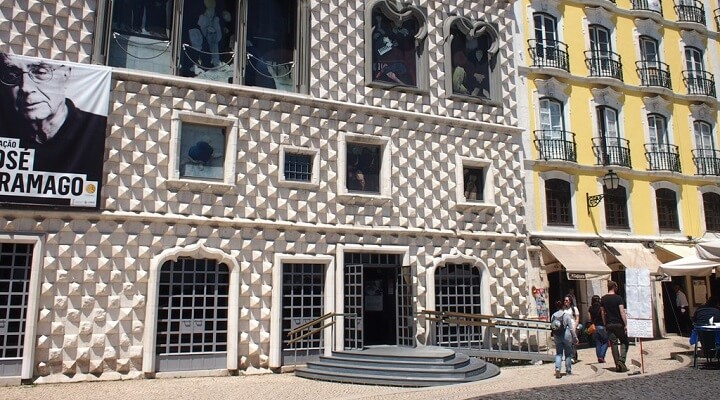 Alfama is the oldest district in Lisbon, a delightful maze of narrow cobbled streets and ancient houses, which lead up the steep hill from the Tejo Estuary to the castle.Originally, this quarter was situated outside of the city walls and was associated with poverty and squalor, where only the poor and disadvantaged resided.

When the city grow as an important port, the district retained its lowly status as the tough and deprived district where sailors and dock workers lived. Our days, Alfama has shrugged off its grim reputation, being transformed into a fashionable artisan district, while still retaining its character and dilapidated charm. 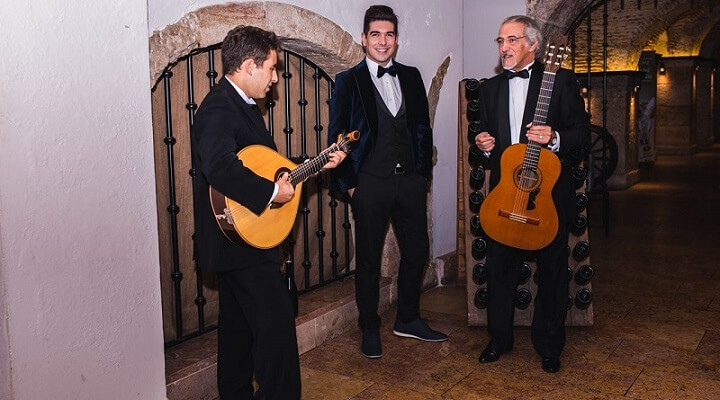 So let us pamper you with a wonderful evening and come and enjoy a fantastic codfish dived in olive oil, the Portuguese “punched” potatoes, complemented by one of our world famous portuguese wines during your Dinner with Fado Show.

What’s included in your Dinner with Fado Show menu: