Itinerary with the best Catholic monuments in Portugal

The apparitions of Our Lady Mary of Fatima from May 13, 1917, to three young shepherds – Francisco, Jacinta and Lucia – on a holm oak in the place of Cova Iria, near Fatima. In serene language, he would have announced a new apparition to help redeem the sins of the world.
Soon the good news spread, with the promise that on October 13 the sun would bear witness to the miraculous presence. Emerging as a beacon of hope in a time of collective unrest, the apparitions of Fatima consolidated the power of transcendence in many suffering souls and many afflicted hearts, so gathered in Fatima on 13 October a few thousand people to try one A conscious vision of the supernatural phenomenon that five months earlier had been said to have occurred there of people of the most varied origin and means of life, of a rich or humble nature, arriving by car or having made a long journey on foot.
The Portuguese reached Japan In 1492, more precisely to the island of Tanegashima, the Japanese culture was very exposed to several new European technologies and cultural practices in the military area (the arquebus, European-style cuirasses, European ships), in religion (Christianity), decorative arts and of course culinary, tempura was introduced by the Portuguese and above all the valuable refined sugar.
As well as the language, the Japanese word for thank you “Arigato” comes from is the Portuguese word “Obrigado”, came in our Christian Route, discover Portugal…

Transfer from the airport

Our Christian Route, begins with your arrival at the airport, on the way to your accommodation we will give you some useful information about the city such as restaurants or other interesting places next to the Hotel. 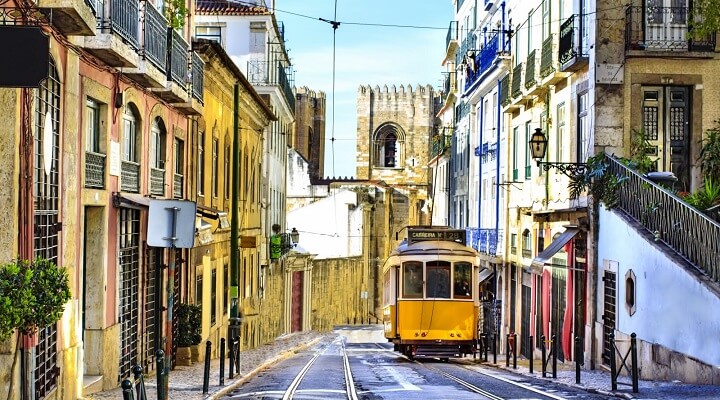 On the first day of our Christian Route we will start with the visit of Lisbon, visiting some of its most important churches, like: Lisbon Cathedral and Jeronimos Monastery. Then we will take you to the newest neighborhood of the city, the Nations Park, where in 1998, was held the World Fair (Expo 98).With it’s modern architecture, projects from world renowned architects like Santiago Calatrava from Cataluna, Spain, whom conceived and designed, what for many people is considered the most beautiful train station in the world: “Estacao do Oriente”.

Saint George Castle (old moorish fortress), where you will be overwhelmed with one of the most spectacular panoramic views of Lisbon. Impoosible to end our day in Lisbon, without taste its famous egg tart, the pastel de Belem custard tart. 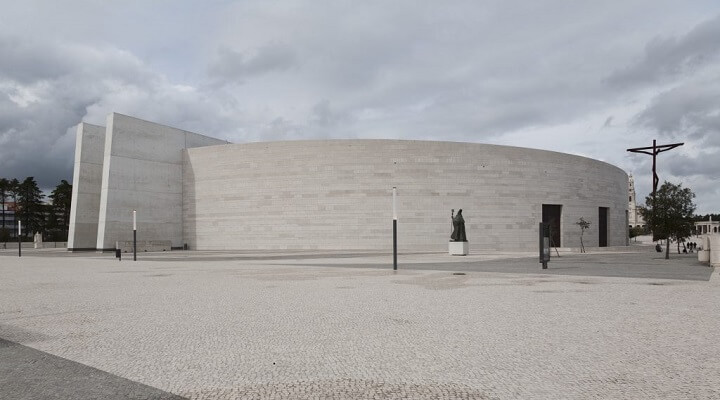 The second day of our Christian Route, we will leave Lisbon to Fatima. On our way we’ll stop at the church of the Holy Miracle in Santarem, that shows the history of a miracle of a woman with an unfaithful husband, desperate to regain is faithfulness and save her marriage who consulted a sorceress that said to her to cure her husband with a consecrated host.

In Fatima we will visit the houses of the Three Little Shepherds and the two Basilicas existing in the Shrine: Basilica of Our Lady of the White Rosary and Basilica of the Holy Trinity as well as the Chapel of the Apparitions, in the evening time to watch the long-awaited procession of candles.

Visit to the Church of the Most Holy Miracle 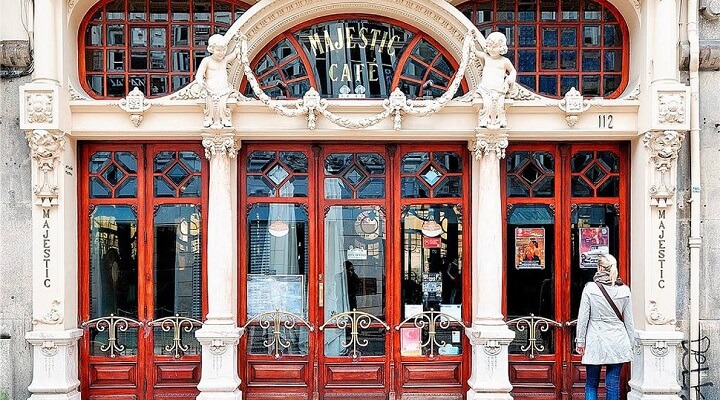 Today we leave Fatima and reach Oporto (Porto in Portuguese), we’ll initiate the tour visiting the most important churches such as, the Oporto Cathedral and the San Francisco Church, the finest example of the Baroque decoration in Portuguese territory.

We will follow towards Oporto City Hall and Avenida dos Aliados, the so called “visiting room” of the city where you can admire the imposing building from the neoclassic of Oporto’s Town Hall.

Ending in a brief stroll through Ribeira to discover the nooks and alleys of this most typical area of the “Invicta” city (epithet given by D. Pedro IV of Portugal, D. Pedro I of Brazil).

Now it´s time also for a visit to Serra do Pilar Monastery with an excellent panoramic view of Oporto.Ending the day with a visit to a Port Wine cellar to discover this preciousness, where after learn all the process and see the different varieties, we will taste it.

Visit and tasting at a Port Wine Cellar 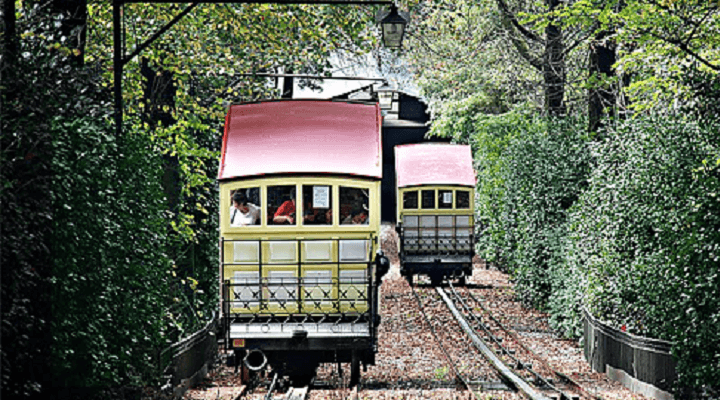 On this day we leave the beautiful Oporto, on the way we will visit the Portuguese city of the archbishops, Braga with its beautiful 12th Century Cathedral as well as the Sanctuary of Bom Jesus with more than five hundred steps, the last part will be done in a water-powered elevator,  the oldest in the world still in operation.

After the visit we will continue towards Santiago de Compostela, a UNESCO World Heritage Site, known for its pilgrimage route, where it is estimated that the tomb of the Apostolo Santiago is located in Sec IX. when the peninsula was dominated by the Muslims, thousands of them headed towards Santiago to obtain their acquittal.

Time to visit the historic 100 (Cervecería 100 montaditos), and delight ourselves with their delicacies. 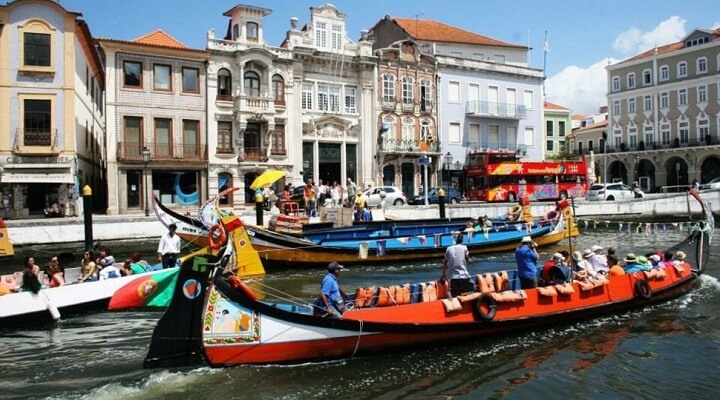 On the fifth day of our itinerary we leave Santiago de Compostela, having the first stop in Viana do Castelo, where the Sanctuary of Santa Luzia occupies a prominent location, a Greek cross Church where his orbium with a 360º view is considered the most beautiful of the world.

Visit to the city center as well as optional a visit to the Hospital Ship, were in the ancient times were take care the cod fishermen in the North Sea.

We then arrive at Portuguese VENICE ! Aveiro, with its wonderful canals, where we will take a tour of Moliceiro (typical boats, which carried the transport of moliço) time for tasting the famous soft eggs … We will also visit the salt pans, which continue today a source of income for many families. 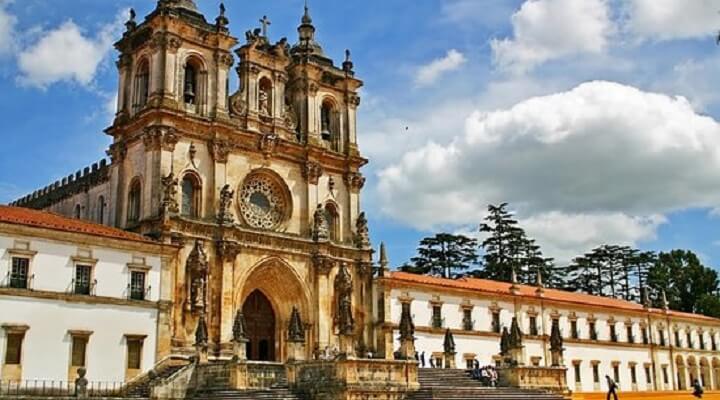 The next day, we leave Aveiro in direction to Lisbon, but not before visiting Alcobaça with its beautiful Monastery that hosted one of the first Religious Orders in Portugal, the Cistercians.

Time to have lunch in one of the most charismatic fishing villages in Portugal, Nazare famous for many aspects, from its fish restaurants, to the ladies of the seven skirts or even today  by its giant waves.

In Obidos, we will go back in time and visit this beautiful Medieval village that every year attracts thousands of people, not forgetting of course the degustation of their typical drink, the “Ginja”.

Transfer to the airport 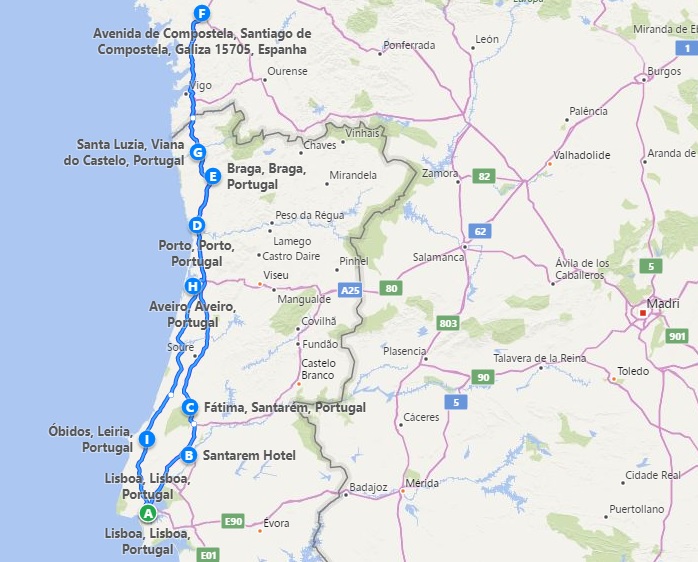