The best way to discover Belém

Walking tour in Belem, why not discover this Lisbon area in Belem, with one of our professionals, this noble area that was once the site of the expeditions to the “unknown”, with all the uncertainties and doubts. We take you to Belem and we go through the whole area where we will find the Jeronimos Monastery, Torre de Belem, Padrao dos Descobrimentos and one of the most visited places in Lisbon, it is no other monument, it is a gastronomic monument, the Pasteis de Belem …

Belem is a region nowadays located in the western part of the city of Lisbon although it has not always been this way since it was once an autonomous city, today known for its monuments that consecrate the Discoveries period,  on the north banks of the Tagus River where, shipped ships that sailed all over the world, most of the voyages of the fourteenth century sailed from here.

This region was the place where the elite of Lisbon resided, to leave the city center where the population and most of the diseases were concentrated, especially in the middle ages, all these events make Belem one of the most pleasant areas of Lisbon to visit nowadays, where you can still find interesting museums, such as the Carriage Museum, the Navy Museum, or even if you like something more contemporary the CCB.

The “Pasteis de Belem” ( Belem custard tart ) are undoubtedly one of the reasons to visit Belem, more 20 thousand of them are sold daily,  more than 7 million annually, which makes up many tons of sugar, flour, eggs, milk to this is added …… the secret, this secret that makes the pastel of Bethlehem so special and even mystical that was born in the Jeronimos Monastery in 1837.

Walking Tour in Belem, the best way to visit Belem…

Although this tour is done by foot, thinking about your comfort, the transportation to Belem will be done with us, the guide will pick you up at the hotel (or apartment) and take you to Belem where the tour will begin.

Monument of the Discoveries 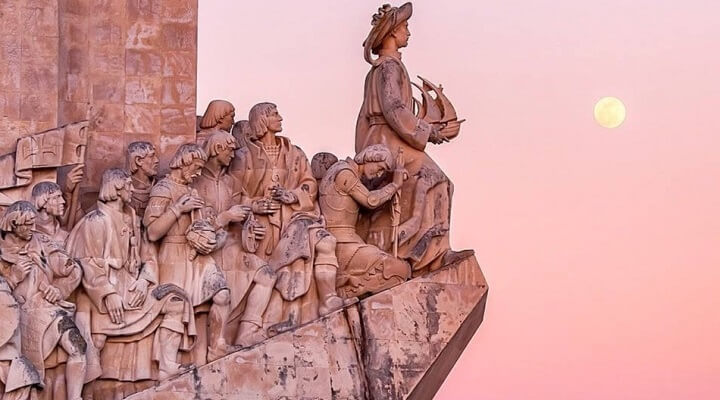 The Monument of the Discoveries originally built for the Portuguese World Exhibition in 1940, with the aim of commemorating the eight centuries of the birth of Portugal ( 1140 ), the year in which D. Afonso Henriques receive the title of King of Portugal for the first time, also the celebration of three centuries of Restoration of the Portuguese Independence ( 1640 ), in the period when Philip IV of Spain and III of Portugal was deposed of the throne, giving rise thus to the Portuguese dynasty of Bragança.

The Portuguese World Exposition was held in Belem and proved to be a major political and artistic event under the orders of António Oliveira Salazar, the Portuguese dictator who had been in power for over forty years. 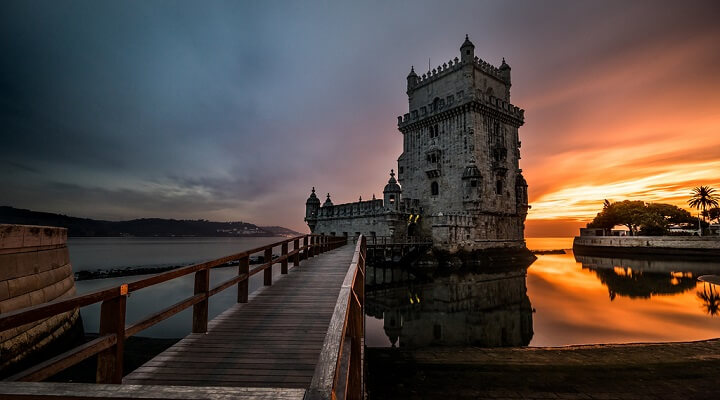 The Belem Tower was built in the 16th century during the Manueline period, to protect Lisbon from possible attacks from the sea and was positioned in the center of the Tagus Estuary, today with the changes in river flow due to the earthquake that destroyed Lisbon in 1755, it is now on the banks of the Tagus River.

With an architecture influenced by the North African styles, with Moorish watchtowers , decorative battlements and the first stone sculpture of a Rhinoceros in Europe, had several uses where still counts prison and until collection center of taxes. 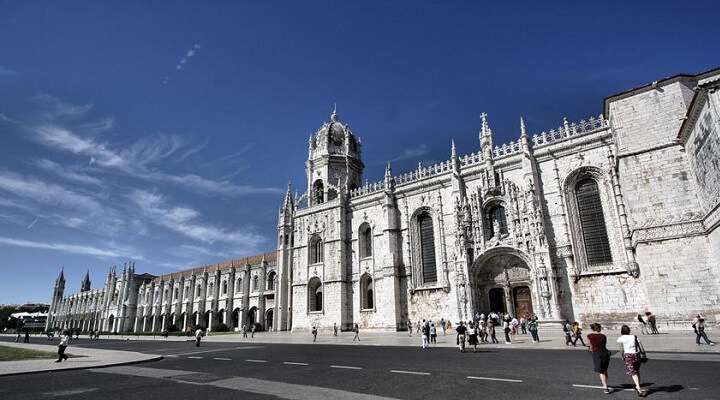 The Jeronimos Monastery, a lovely building, financed by wealth and commerce that flowed from the Portuguese colonies during the sixteenth century, ends up as a celebration of the epic of the Discoveries, where Vasco da Gama stayed  the night before the trip that lead him to India.

Used mainly by the sailors wife’s a family to pray for the safe return of there lovers. 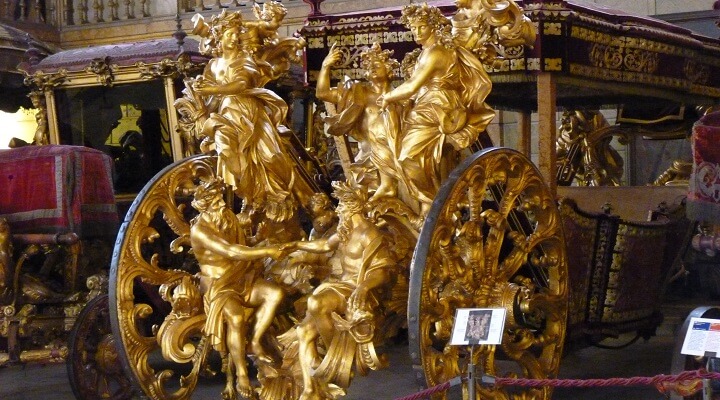 For those who want something more contemporary, the Centro Cultural de Belem, built to receive the European Presidency in 1992 as a congress center and an architecture that reminds us of a fort, houses the most exquisite Bernardo Collection Museum, free every day.

The carriage Museum, considered by many one of the greatest museums of this type of carriages, is an authentic testimony of the richness of this period in Portugal, where we can find the carriages that dazzled in Italy during the embassy sent to the Pope in Rome, as well as the carriage where the King Portuguese Dom Carlos I was assassinated. 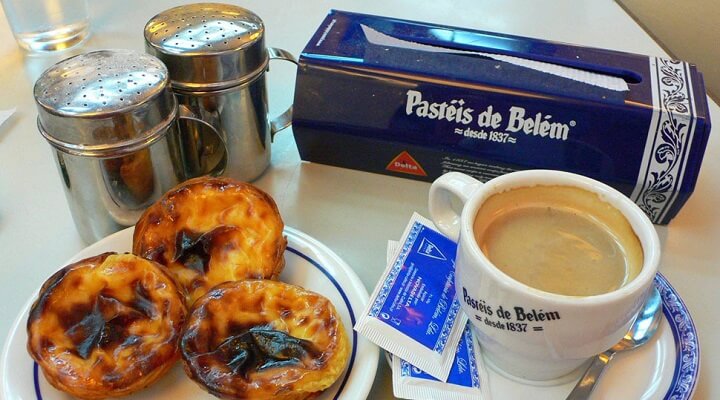 These small wonders began to be made in the year 1837 however the recipe is very previous, when in 1820 the liberal revolution arrives obliges that all the monasteries of Portugal close out expelling all the workers and monks, as a way of survival the nuns bring from the Monastery this Conventual recipe that began to sell some pastels called “Pastéis de Belém”, from there to the place where it is today was a small step, “shielding” the recipe that has become a much desired secret.

Return to your hotel