Fatima Tour perfect tour for those who wanna visit just Fatima, and probably celebrate a mass there.

Sanctuary of Our Lady of the Rosary, commonly known as Sanctuary of Fatima, is located 120 kilometers north of Lisbon and is considered one of the largest Marian Shrines in the Catholic World.

The place where on May 13, 1917, our Lady appeared to three children of humble families who left the animals to graze, and told them that she would return every month at the same time for the following six months, and asked them to pray the Rosary every day.

The last apparition happened on October 13th at Cova da Iria, where an estimated croud of about 50 to 70 thousand people, whitnessed a phenomenon that became famous as the “miracle of the Sun”.

In the Shrine there´s a small part of the Berlin Wall, with he iron curtain fall, there were several blocks like this that appeared in several cities of the world, at the nascent entrance of the sanctuary there is one of these pieces, offered by a Portuguese emigrant living in Germany.

More then two tons of wall, offered in the 90´s, very close by you can read an  inscription of one of his three visits to Fatima: “Thank you heavenly shepherdess, for having guided the people with care for freedom.”

With the message of Fatima being interpreted by Christians as a symbol of hope in the struggle against atheistic communism, many are those who relate the disintegration of the USSR to the events of the Cova da Iria. 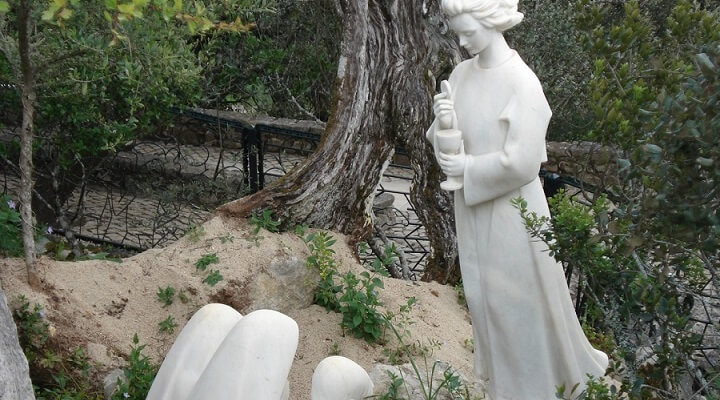 Fatima, the name derives from a Moorish princess, is one of the most important Catholic shrines in the world which welcomes millions of pilgrims and tourists from around the globe every year, place where on the May 13th of 1917, three children, Jacinta Marto, Francisco Marto and Lucia de Jesus (known as the three shepherds) witnessed the Virgin Mary appearances that had told them to built a chapel to honor Lady Mary of the White Rosary ( this is the “real” name of this shrine ).

Lady Mary told them that She would return  six more times on the same day ( the 13th) at the same time in the following six months, from the 13th of May to the 13th of October and to pray the Rosary every day. Almost immediately a small chapel was built, known as “Capelinha das Aparicoes” ( Small Chapel of the appearances) in Fatima. 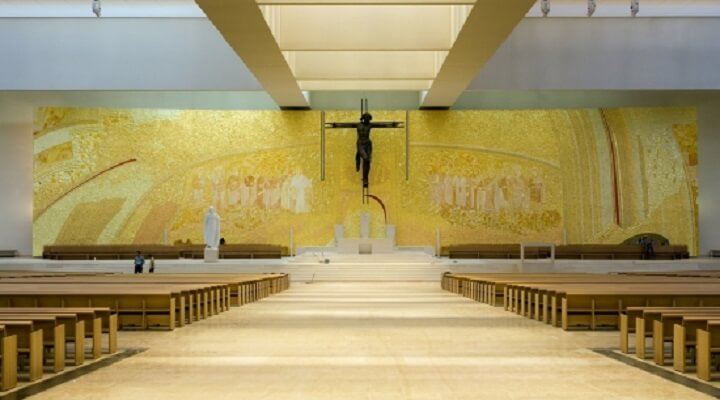 Undoubtedly one of the most important Marian Shrines in the whole World, where we will pay homage to our Lady Mary in “Cova da Iria” by visiting the two existing Basilicas; Our Lady of the Rosary and Holy Trinity and of course the oldest, the Chapel of the Apparitions.

The Chapel of the Apparitions was the first Chapel to be built shortly after the apparitions of  Lady Mary, located in the center of the Sanctuary is a must-see, not for grandeur but for its meaning.

At one end the Basilica of Our Lady of the Rosary, built in 1928 with a neo-baroque architecture, here you will find the tombs of the three little shepherd children (Francisco and Jacinta), and now also the tomb of Sister Lucia who died in 2016, another end to the imposing Basilica of the Holy Trinity, built in 2007 with more than 8,000 seats and 40,000 m² of area designed by the Greek architect Alexandros Tombazis. 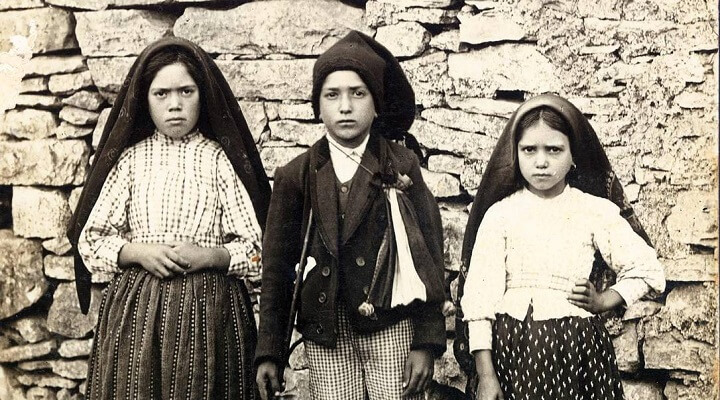 After the tributes and homages to Lady Mary we will visit the Shepherds homes in Valinhos, the place where the children were born, extremely well preserved and  meet one of the nieces of Lucia de Jesus, just a few kilometers from the Shrine.