Visit the Algarve from Lisbon

Algarve Tour from Lisbon, we know your curiosities about the Algarve so we create a day trip to the Algarve leaving and returning to Lisbon. All in about 10 hours, where you will have the opportunity to take a boat trip to the caves in Lagos.

Known allover the world for its sunny days and its white sandy beaches, the Algarve with its golden cliffs, and even deserted islands a natural border between the Ria Formosa and the Atlantic Ocean as protagonists, its bays and coves.

The blue sea calm and warm, invites you to visit it, but Algarve is not only coastal, beautiful landscapes where traditions are kept, cities like Silves with a strong Arab heritage or Lagos where so many Portuguese left to discover the new world.

For those who like fun in Portimao or Albufeira will find days that blend into the night, always full of excitement, Faro needs no introduction the city that invites entry to the Algarve region through its airport, in Tavira we find an authentic showcase of traditional architecture with international finger.

Its golf courses and excellent hotels, spas and thalassotherapy centers attract people from all over the world, while the Monchique Hot Springs have been in great demand by local people for centuries, another region to discover.

Not to mention its gastronomy, with Michelin starred restaurants or even traditional cuisine where typical products such as fresh fish and seafood, grilled or cataplanas stand out, while almonds and fig sweets are deserts kings and why not a bitter almond liqueur or arbutus brandy.

If you have any questions about our Algarve Tour from Lisbon, please ask it right now with our booking assistant … 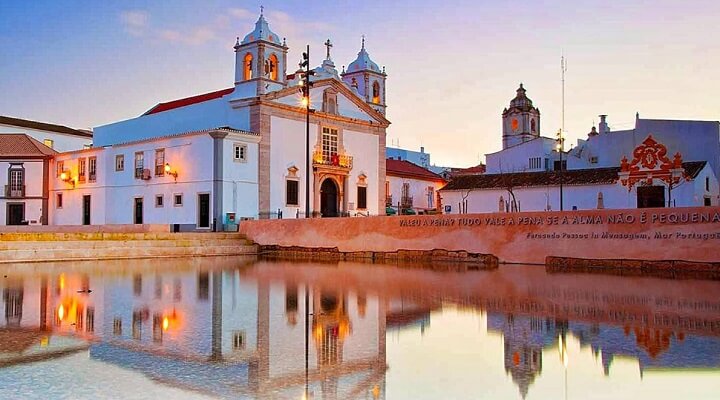 In our Algarve Tour from Lisbon the first stop will be in Lagos, a city with a beautiful natural harbor and the sea, which eventually boosted the Portuguese  expansion in the fifteenth century, here had lived Infante D. Henrique during the Discovery period making Lagos a important trade center of the various exotic materials that arrived in Europe.

Walking in the center of Lagos is to dive into a history book streets names are mostly allusive to the Portuguese Age of Discovery, recalling this prosperous Portuguese period, which from here Gil Eanes departed from here to get around Cape Bojador and that Lagos was the first European slave market. 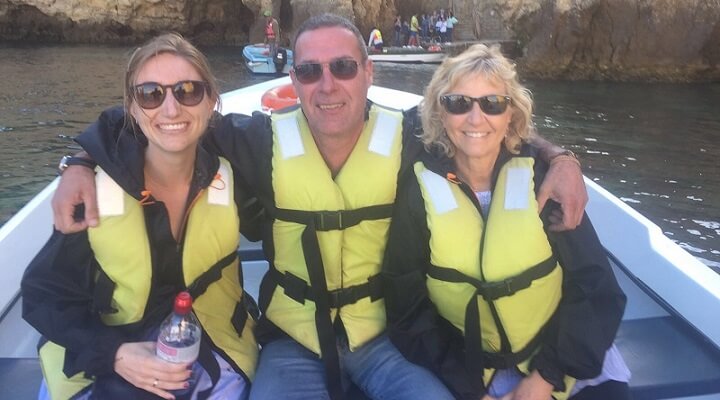 If the weather permits we will take a boat trip in Lagos, the caves of Piedade, their rock formations are known worldwide, in these small boats we can get very close to the rock formations and even enter some caves.

On the boat you will have a privileged view of the Algarve coast, during the tour the local captain will tell you the secrets about the area and the caves curiosities and of course enjoy the landscape. This region has won several international tourism awards, especially due to its stunning and particular coastline, in this boat trip to the caves of Lagos we will understand why. 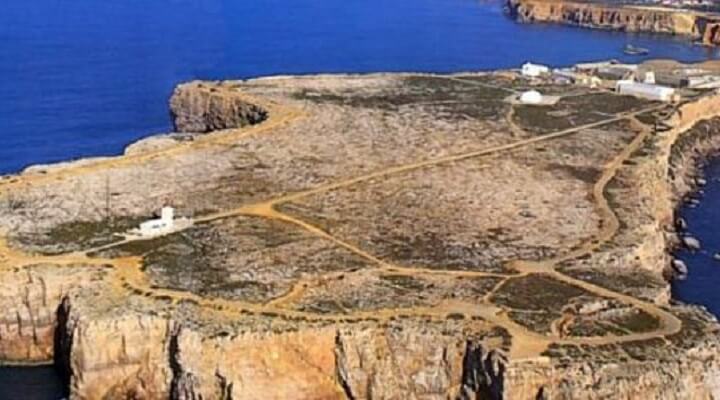 When we think of the Cape of Sagres we unconsciously remember the Infante Dom Henrique’s school of navigators, it is now known to be only a legend, but we know that Cape of Sagres was of great importance to the Portuguese Maritime Expansion, a strong maritime, of long construction. It was not completed until 1794 when it began in the 15th century.

Like all the capes in Portugal, Galicia, Ireland or even Gran Britain, the Cape of Sagres was for centuries the representation of the end of the world, the point where the land ends and the sea begins, the point of passing into the unknown, the feeling of fear, the sea monsters for all these reasons these cables like the Cape of Sagres are divinized in one way or another, in this giving the case of the Phoenician Baal cult, later romanized to Saturn or even to Hercules.

The Algarve is a vast region of about 5000 km2, with 133 beaches and an extension of about 100 kms from coast to coast which makes it impossible to visit everything in a single day,  if you have your own places that you would like to visit in the Algarve, let us know our reservations department, in order to idealize the your Algarve Tour from Lisbon.